“Both tests are critical to the engineering process of FF 91,” mentioned Senior Manager of Powertrain and Thermal Controls, Chou Yeh. “FF 91 prototype test development helps to eliminate issues before they arise and continues to add value to the vehicle during the final stages of verification.” 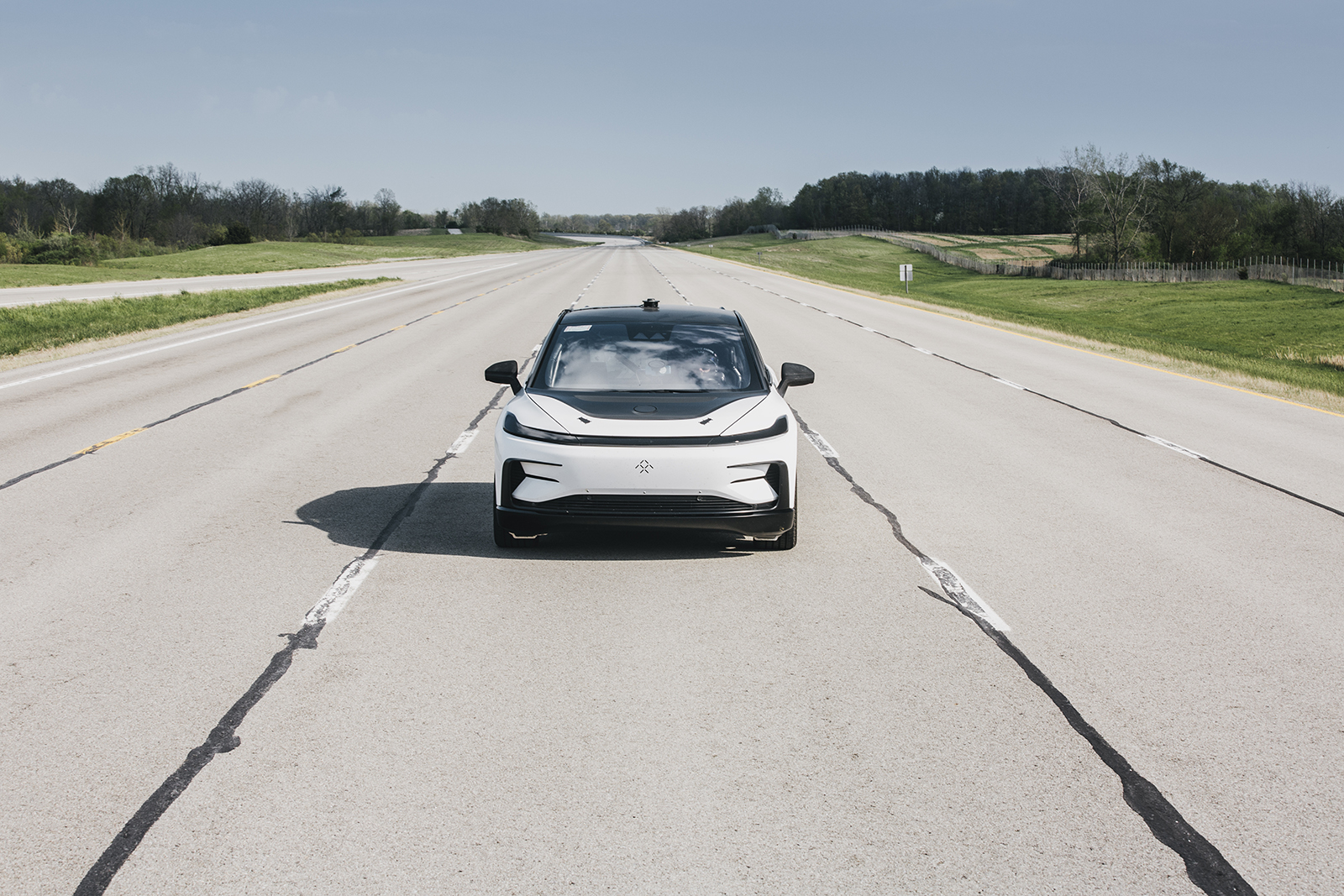 You may ask yourself, “Why refer to the test procedure as Autobahn drive cycle?” Isn’t Autobahn defined as the pinnacle of German driving experience, driven at breakneck speed? Be that as it may, FF engineers specifically coined the term to reflect FF 91’s test consisting of a 155-mph run for 3 minutes, followed by 75 mph for 2 minutes. These grueling drive cycles were repeated three times in a time span of 15 minutes.

“Our engineers refused to identify the term Autobahn as max speed or top speed. We conducted the test procedure as a ‘German style’ driving simulation which subjected FF 91 to an aggressive and demanding high-speed driving schedule,” explained Chou. He continued by saying, “The objective was to test and measure the battery, thermal, and powertrain components by pushing them to their limits.” 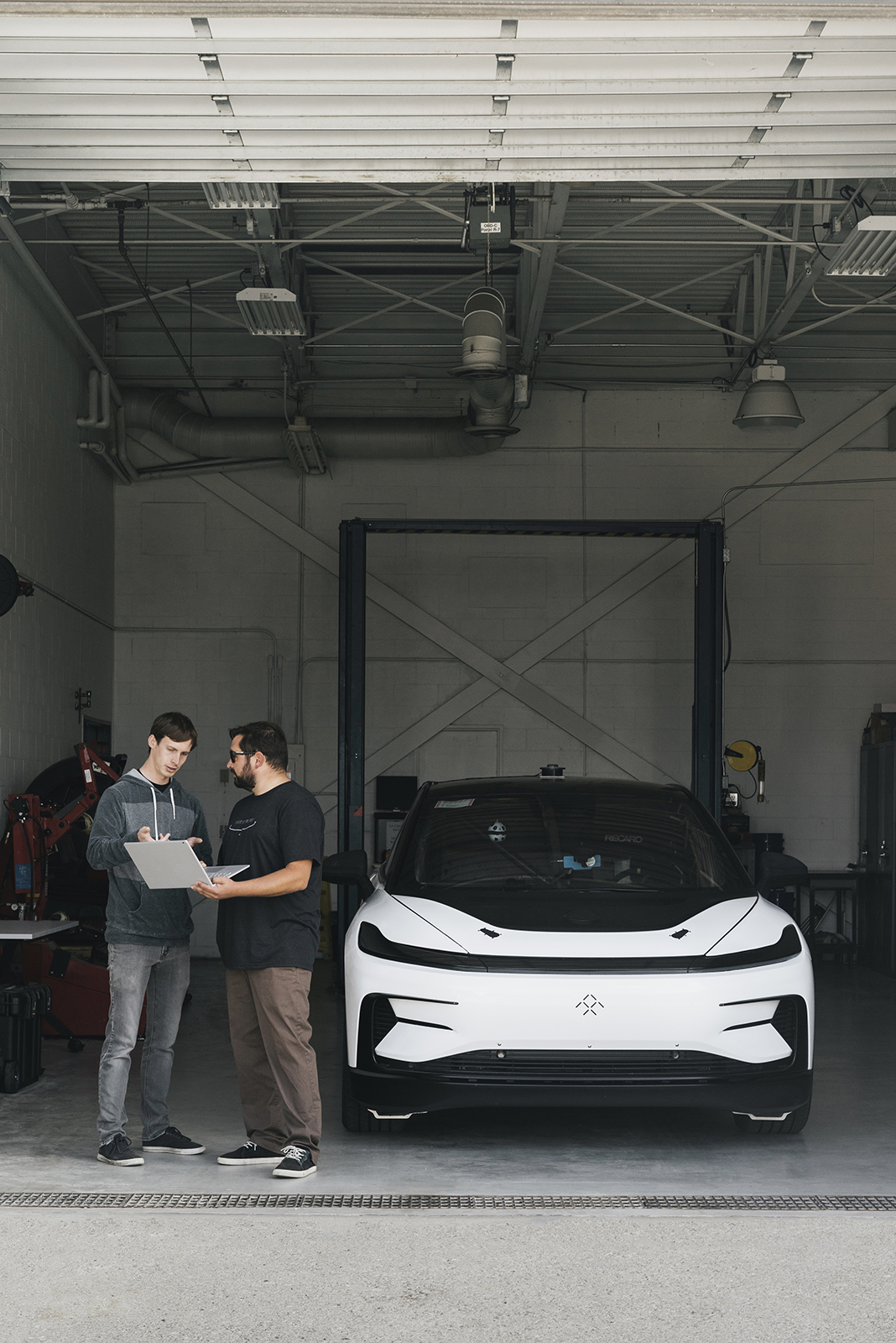 In order to deduce the performance of FF 91’s battery system and powertrain consisting of three motor drive units, FF engineers conducted the second phase of testing by midday. FF 91 sped down the tarmac as it took the turns at 120 mph on TRC’s 7.5-mile high-speed test track for 55 minutes for a total of 14 laps- a distance equivalent to 105 driving miles. 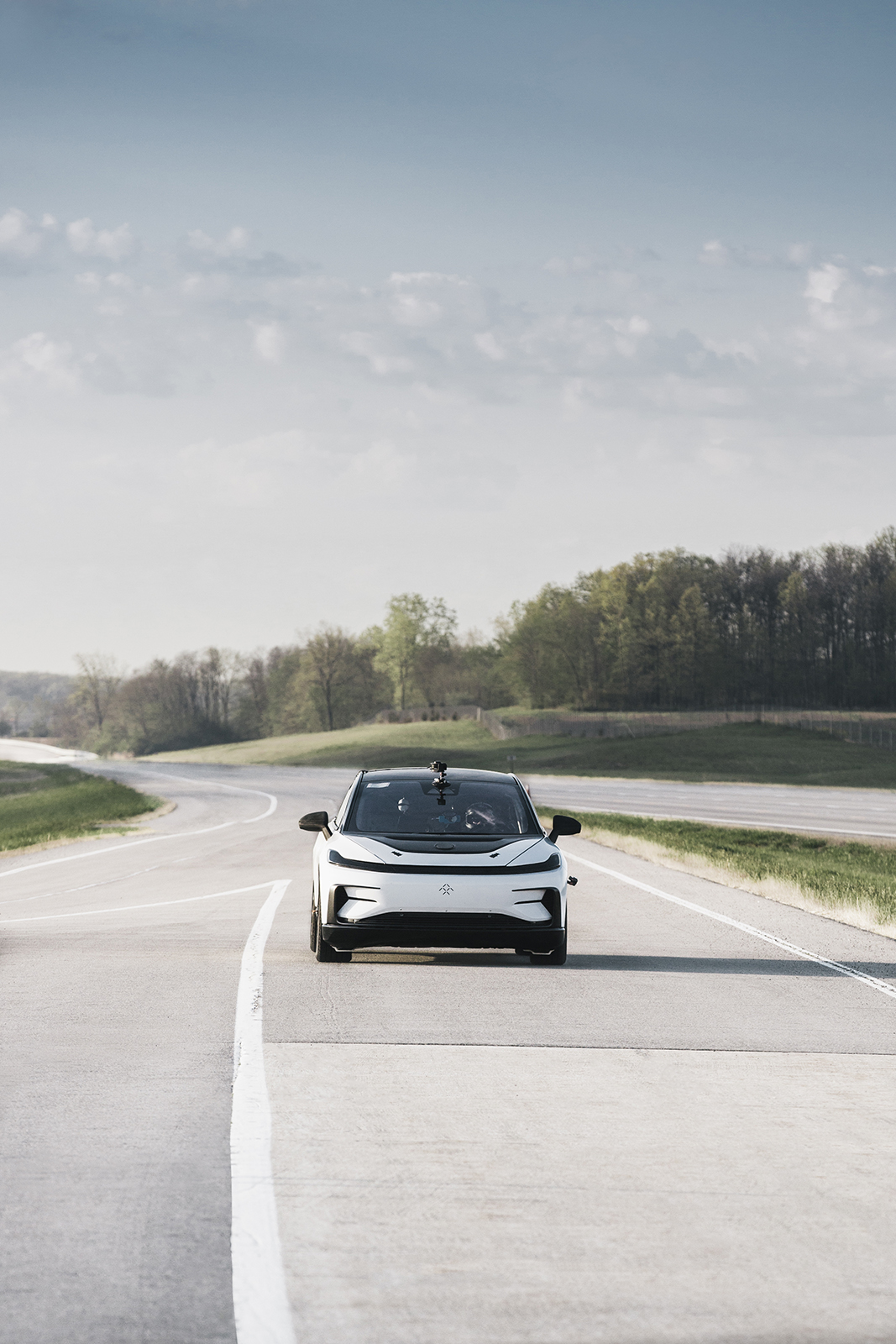 “When testing the vehicle at a constant speed of 120 mph, we closely monitored the batteries thermal temperature and current draw from start to finish. We also paid close attention to ensure the three motors and inverters received adequate cooling throughout the entire 55-minute run. Overheating would ultimately result in degraded battery and powertrain performance” mentioned Chou. 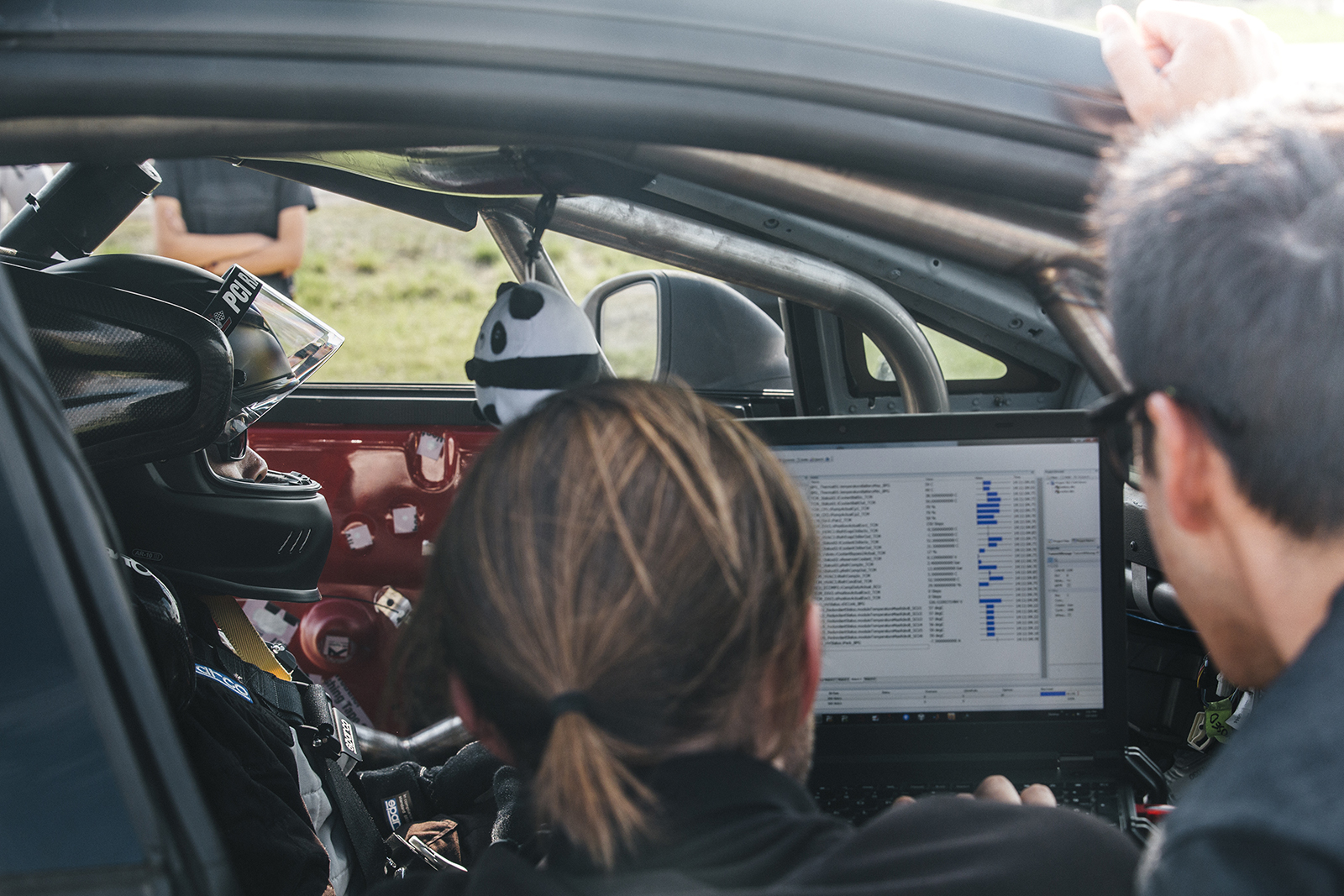 Modern EVs have progressed tremendously over the past decade with the ability to usher in 200+ mile range on a single charge, depending on type and driving conditions, but range anxiety is still a concern for consumers. The FF 91’s battery pack is designed to help alleviate range anxiety by using a 130kWh lithium-ion battery, delivering well in excess of 300+ miles on a single charge and 200+ miles on a 30-minute fast charge.

Another feature designed into FF 91’s battery is called “End of Drive Logic”. As energy consumption draws closer to zero percent SOC (state of charge), the battery will perform its own logic by notifying the driver of the current battery status. End of Drive Logic limits the overall performance of the vehicle to conserve battery consumption, allowing the driver to pilot the vehicle safely to the nearest charger.

The Art of Thought 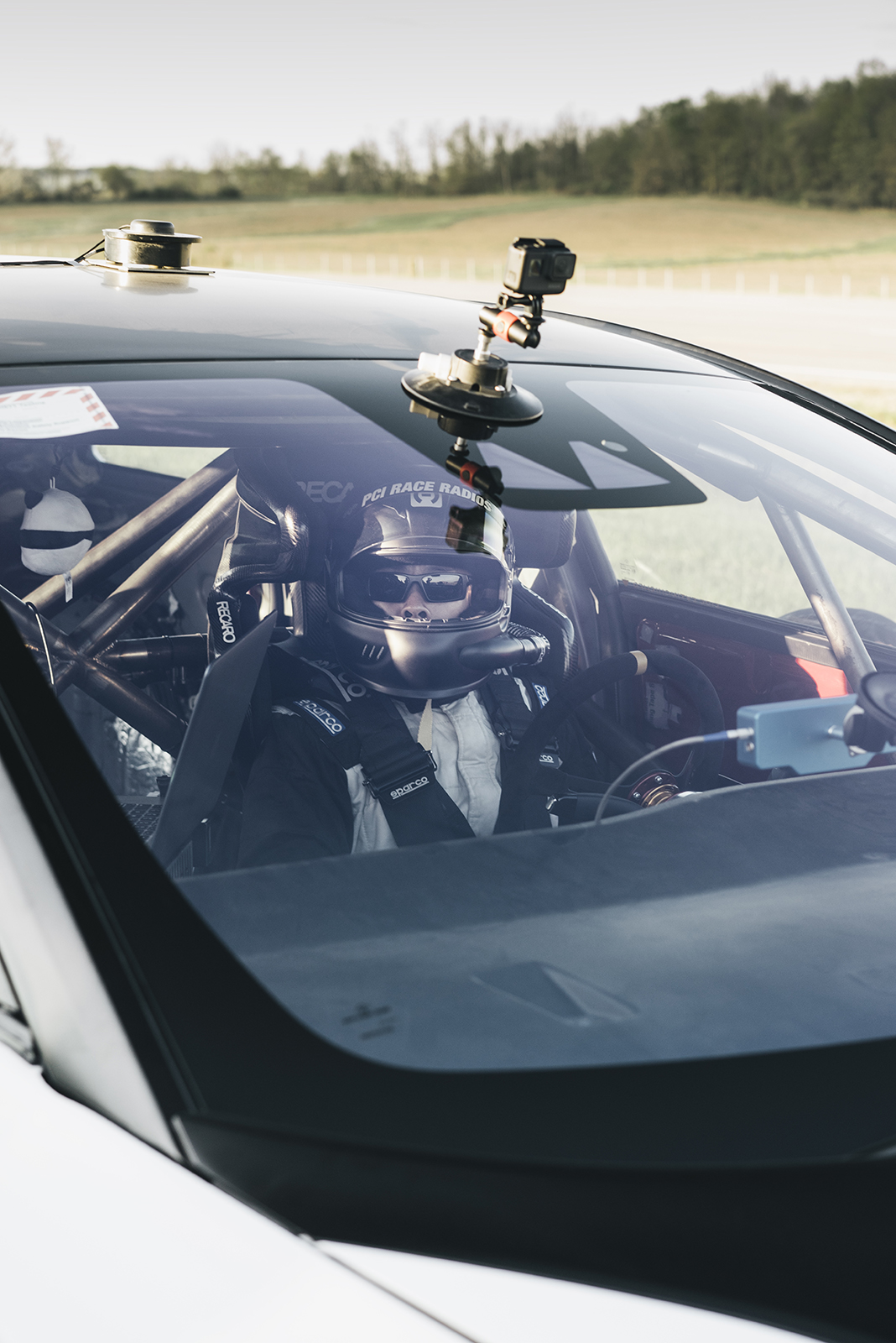 “Overall, we were pleased with both the Autobahn and constant speed testing as our vehicle sustained close to an hour at 120mph without any drivetrain or thermal issues. Our initial data looked really promising. In all honesty, I don’t think we pushed FF 91’s true potential and think we can go even further.” 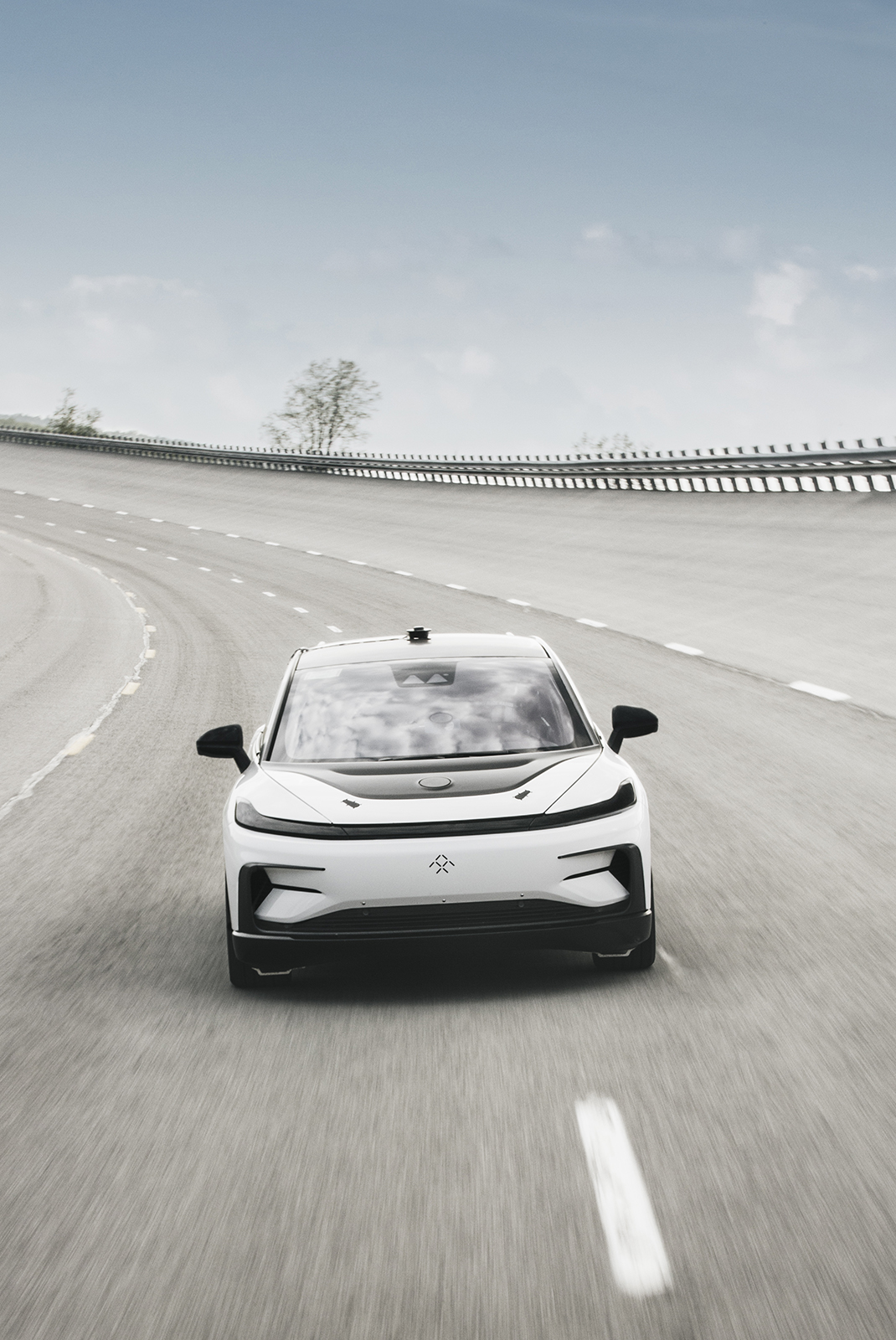 Stay tuned for future FF 91 testing and tech developments, but in the meantime, check out FutureSight for the latest news.